About My Father's Business 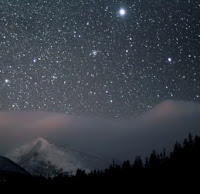 "I think the most important question facing humanity is, ‘Is the universe a friendly place?’ This is the first and most basic question all people must answer for themselves.” – Albert Einstein

A friend once asked me, "What motivated your father to be different from those around him?" Certainly that is the underlying question that motivated the essays I have written about him, and it probably influences much of my response to life. The question itself is much more effective than any specific answer that might be given. Some questions are best left out there calling to us, rather than giving definitive answers. I imagine that if my siblings were to answer that question, you would get some similarities, but many specifics would be different. So you see, any answer I give may say as much about myself and my opinions (by what I choose to remember) as it does about my father. With that in mind, I will tell you a little more about my father, "Pop," as we called him.

He was a Baptist minister and educator. Unlike most Baptist preachers, his sermons were more often taken from the sayings of Jesus than from the teachings of Paul. In fact, when I picture my father in the pulpit, I have a simultaneous image in my mind of Jesus teaching on the hillside. To this day, when I think of Christ, I see the teaching Jesus and the compassionate Jesus rather than the crucified Christ. I can thank my father for that image.

After my father died, I became especially conscious of the influence he had in his own unpretentious way. When I delivered the eulogy at my mother's funeral, three and a half years after my father's passing, I said, "Both of my parents left the world a little better than they found it. That is their inspiration and challenge to those of us who remain." It is that realization that caused me to do some reflection and to ask myself what kind of influence my own life may have.

One reason I began writing essays was to put down in writing what I believe and what I value. My thinking is that it is of benefit to me to express it, and if nothing else, my daughter will have a written record of what is important to me. I wish that my father had written things down, but he was not one to write. I have two notebooks of sermons written by my maternal grandfather (whom I never met), but not a single note or letter from my father. I have to rely on memories and recollections of what he said and did. In reality, though, memories and recollections are all that anyone has of their father.

Growing up in Centreville

Pop was born in 1910, the seventh of nine children, in Centreville, Alabama. He was born 45 years after the Civil War ended. My father's parents and grandparents had current memory of living in a defeated nation and an occupied territory, while at the same time being absolutely patriotic with an undeniable love for their country. Pop spent his childhood with horses and wagons, and as a young adult, he was a mechanic who worked on Model A's and Model T's. His father, "Lud", was a rough-and-tough rascal who made a living farming, running a black smith shop, driving a taxi, and serving at least one term as road commissioner. His mother was the local midwife who was known in the community as "Aunt Claudia."

Apparently, he knew early on that he would be a minister. Pop told us of an experience he had at five years of age. He said he was out in the yard playing and was overcome by an unusual feeling, or sensation. He could not fully describe it, but he said he knew then that he would be a preacher. He recalled that he ran inside and told his mother, "Mama, I'm going to be a preacher."

To me, this sounds like a mystical experience that would have been precocious at that age. The way I interpret it is that my father became aware that he was living in the presence of something far greater than himself, and that awareness was an uplifting, comforting experience. My father's explanation would probably lie in something I often heard him say, "Sometimes God gives us a little taste of Heaven just to assure us that everything will be alright." Compare this to Einstein's question, "Is the universe a friendly place?" My father would have said, "Absolutely!" A mystic like Meister Eckhart would say, "Without a doubt."

Pop graduated from high school in 1928. I once looked through his senior yearbook that a classmate had sent him late in life. I was struck by how optimistic his class was in their statements and dreams of going out into the world. I was also impressed with the good-natured humor I found in those pages. The class prophet said of my father, "Clyde Kinnaird thought he was going to be the next Charles Lindbergh and fly across the Atlantic. He hopped into an aeroplane and made it across the Cahaba River. He landed in a field, thinking he was in Paris." It was especially poignant to me as I read the upbeat messages of that class, knowing that those graduates in 1928 had no idea what lay ahead in 1929 when the Great Depression hit.

Moving On During the Depression

My father claimed that the Depression did not have much noticeable effect on his community because most people in their small agrarian town had very little money anyway. Nevertheless, I cannot help thinking that the Depression influenced the timing of my father's higher education. He did not go to college until six years after graduating high school. It must have been a call to ministry that motivated his going on to Howard College in 1934, in the middle of the Depression, without enough money to make it through the first year. Even then, at a time when many Baptist preachers had no higher education, my father completed college and seminary.

One person my father admired, and who surely must have influenced him, was a retired missionary to China, Dr. Napier, who came to pastor the First Baptist Church of Centreville. "Up until then, we had not had an educated pastor in the pulpit. Most pastors would come and stay about 18 months. By then, they would have preached all their sermons and would move on." Dr. Napier, my father recalled, would carry books with him to the pulpit and share with the congregation what scholars had written about various scriptures. "We had never had anything like that before."

Dr. Napier's son, Davie, also must have had some influence on my father. They were both at Southern Seminary at the same time and would often ride home together. Many times while I was growing up, I would hear Pop comment about something Davie Napier had said. Davie Napier went on to become a renowned professor at Yale Divinity School, a United Church of Christ Minister, and chaplain at Stanford University. Somewhere along the way, my father latched onto the conviction that education and religion were vital to individual and community development. If the Napiers did not instill the idea, they surely encouraged it.

A Career and a Mission

Pop said late in his career that he had essentially done mission work all his life. I think that is very true. He spent his life, by deed and example, trying to bring education and religion to the farmers, mill workers, housekeepers, laborers, and merchants of Alabama. On the one hand, I could tell that my father was often frustrated by the lack of education and the dearth of thoughtful religion among his peers. One the other hand, he demonstrated a sincere respect for people whether they were rich or poor, educated or uneducated. He brought dignity to the pulpit and to the classroom, but always related to the working class and the working poor. After all, his own family were farmers and working class people and he himself had been a garage mechanic who went off to college to "make a minister." He was never interested in moving up the social ladder. Pop considered such actions "uppity and pretentious."

He was a conservative man from the Old South who took some remarkable stands and had some progressive ideas. More important, he left his corner of the world a little better than he found it. My father understood when I left the Southern Baptists after fundamentalism had become so rampant and entrenched. I think, though, that he regretted that I was living with the same frustrations that he had lived with. I may be a little more open to change than Pop was. In some ways, maybe I am a little more tolerant, but that is only because I learned from his example of granting dignity to others and showing respect for all.

If I may recapitulate, perhaps I can sum up my answer to my friend's question of what motivated my father to be different from those around him:

1) He saw education and religion as two avenues for improvement. Pop had a strong commitment to continuing education and a striving toward thoughtful religion (he used to say that religion should be reasonable).

2) He believed in showing dignity and respect for every person, regardless of their social standing.

3) He believed that the Universe is a friendly place.

If I can hang on to those things from here on out, I think it would do my daddy proud.