How Bubba Got His Accent Back 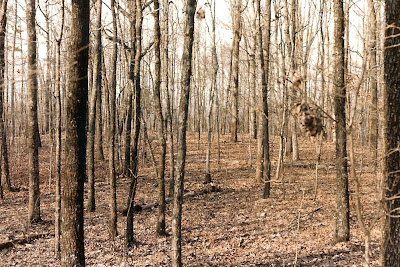 "Your only obligation in any lifetime is to be true to yourself."
– Richard Bach

When I was 23 years old I left Alabama to go to graduate school. I didn’t just leave Alabama. I left the Deep South for the first time. I didn’t just leave the Deep South, I went to California. I didn’t just go to California, I went to the San Francisco Bay Area. I have to say that I enjoyed just about everything about the Bay Area. The climate was always pleasant and the view was invigorating. Culturally, there were more opportunities for enrichment than I had ever imagined before. The first thing that people noticed about me was my Southern accent. Most had something to say about it. Some found it fascinating, some found it funny, and some equated it with a bumpkin or hick mentality. Then there would be the inevitable question, “Where are you from?”

Upon learning that I was from Alabama, many people would begin to explain to me the evils of racism and the backward mentality of my home state. During my three and a half years in California I did something that many transplanted Southerners do – I lost my accent. I took a part-time job at a shoe store in Mill Valley and became immersed in the culture. The more I talked and interacted with the people, the less Southern I sounded. It was a conscious choice. I did not want to be subject to people’s pre-judgements. I did not want to hear the jokes about the South. I did not want to be seen as an uneducated bigot. I did not want to stand out. I wanted to be “one of them.”

I suppose I reinvented myself. The day came when, if someone found out I was from Alabama, their typical response was, “You don’t sound like you’re from the South!” I was very proud to hear those words. I enjoyed being Californian without the negative baggage of the South. I was happy blending in. I had made a new start. I had left the old behind.

What I did not realize at the time was that every time I accepted the compliment of not sounding Southern, another part of me was receiving the message, “You are not OK.” I was not able to affirm my whole self; I could only affirm my California creation with no accent. I had become assimilated, and the very act of assimilation that won acceptance from my peers was sending a negative message to a significant part of my being. I was acceptable only in proportion to how much of me I could keep hidden or disguised. 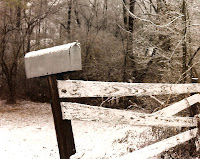 I left California to teach English in Hong Kong. Eventually, I came back home to Alabama having been changed by my sojourns in other lands. After being back in the South for about a year I found a new liberation: I began to get my accent back. I decided not to fight it any longer. With my accent I found a spontaneity that brought more freedom to be my natural self. Somewhere along the way I realized that it is important to be able to affirm who I am. I discovered that affirmation of myself included affirmation of my whole self – my whole history and my culture. With my accent I began to acknowledge my heritage. Instead of saying, “I’m no bigot!” I learned to say, “I am a product of apartheid, I must claim my baggage, but my informed conscience urges me to respond to life in a new way.”

About the same time that I was getting my accent back, I had a sudden awareness about the Civil Rights movement that I had missed before. My impression throughout the struggle for racial equality was that African Americans wanted assimilation. What I had gathered from all the discussions I heard (from those who favored civil rights as well as those who were negative toward it) was that assimilation would be the key to achieving racial equality. I came to realize, however, that assimilation was psychologically every bit as violent an act as apartheid. After all, back in California a part of me had been violated. When I sent myself those messages, “Don’t say ‘ya’ll,’ don’t eat cornbread, pay attention to your vowel sounds, don’t let anyone know you like grits,” I was finding acceptance from my peers but I was sending negative messages to my self esteem. If I had continued to live with no accent, acknowledging only what I thought liberal white Californians considered acceptable, I would have been left with a cardboard cut-out of myself. What possibility would there be for any depth of soul?

The spectrum of humanity spans from the beautiful to the terrifying. Each of us carries every bit of that spectrum within ourselves. So let us continue our efforts for a better society, with freedom, equality, and justice as our goals. At the same time, let us allow ourselves and our neighbors to live with accent, flavor, and cultural diversity.