When events unravel, such as we have witnessed over the past week in Ferguson, Missouri, some of us wish that such sorrowful events were not our present reality. My first reaction to the police response was that we do not need such military styled police forces in this country. The move toward the military outfitting of local police came after 9/11 with certain provisions of the Homeland Security Act. In essence, out of fear we sold our freedom and headed toward a police state. Is it too late now to turn back? I hope not.

The crux of the unrest, however, in Ferguson and across America goes deeper than oversized military-styled police responses. It runs through our history as a wound that we have not been able to heal thus far. I cannot pretend to offer any solutions. I cannot even pretend to claim understanding. I have been trying, however, to listen. The only recommendation I can offer is that we stop and listen.

His Name was Michael

Here are two voices, past and present that we can listen to: Ralph Ellison and Michael Twitty. I will let these two gentlemen offer a perspective that I cannot give. Michael Twitty calls himself “a food writer, independent scholar, culinary historian” who preserves the food ways of his antebellum slave ancestors and who is an interpreter of how America’s history with slavery affects us all. Ralph Ellison was an African American writer who lived from 1914 to 1994. He wrote The Invisible Man, from which I will share an excerpt, but first I would like to share Michael Twitty’s commentary from his blog, Afroculinaria. It is raw and from the heart, and it is something that so many of us need to hear.

Ferguson : My Thoughts on an American Flashpoint, by Michael Twitty

I have been asked by many people to take a close look at the Michael Brown shooting case in Ferguson, Missouri and offer my opinion.  I felt it best to take a step back and really absorb all the circulating currents of opinion and matters of fact before I made any personal pronouncements.  This is my best attempt to answer that call, hopefully soberly, responsibly and with as much restraint as I can muster in the face of this deeply American tragedy. (Please continue reading here)

His Name was Clifton

I spent some time last summer with Ralph Ellison’s, The Invisible Man. Near the end of that existential 1952 novel there was a passage that I was particularly struck by. The passage is the protagonist's eulogy for a fellow member of “The Brotherhood” who was shot in the street by a policeman:

“...His name was Clifton and they shot him, and I was there to see him fall. So I know it as I know it. 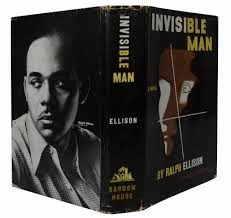 "Here are the facts. He was standing and he fell. He fell and he kneeled. He kneeled and he bled. He bled and he died. He tell in a heap like any man and his blood spilled out like any blood; red as any blood, wet as any blood and reflecting the sky and the buildings and birds and trees, or your face if you'd looked into its dulling mirror -- and it dried in the sun as blood dries. That's all.They spilled his blood and he bled. They cut him down and he died; the blood flowed on the walk in a pool, gleamed a while, and, after awhile, became dull then dusty, then dried. That's the story and that's how it ended. It's an old story and there's been too much blood to excite you. Besides, it's only important when it fills the veins of a living man. Aren't you tired of such stories? Aren't you sick of the blood? Then why listen, why don't you go? It's hot out here. There's the odor of embalming fluid. The beer is cold in the taverns, the saxophones will be mellow at the Savoy; plenty good-laughing-lies will be told in the barber shops and beauty parlors; and there'll be sermons in two hundred churches in the cool of the evening, and plenty of laughs at the movies. Go listen to 'Amos and Andy' and forget it.Here you have only the same old story. There's not even a young wife up here in red to mourn him. There's nothing here to pity, no one to break down and shout. Nothing to give you that good old frightened feeling. The story's too short and too simple. His name was Clifton, Tod Clifton, he was unarmed and his death was as senseless as his life was futile. He had struggled for Brotherhood on a hundred street corners and he though it would make him more human, but he died like any dog in a road.

"All right, all right," I called out, feeling desperate. It wasn't the way I wanted it to go, it wasn't political. Brother Jack probably wouldn't approve of it at all, but I had to keep going as I could go.

"Listen to me standing up on this so-called mountain!" I shouted. "Let me tell it as it truly was! His name was Tod Clifton and he was full of illusions. He thought he was a man when he was only Tod Clifton. He was shot for a simple mistake of judgment and he bled and his blood dried and shortly the crowd trampled out the stains. It was a normal mistake of which many are guilty: He thought he was a man and that men were not meant to be pushed around. But it was hot downtown and he forgot his history, he forgot the time and the place. He lost his hold on reality. There was a cop and a waiting audience but he was Tod Clifton and cops are everywhere. The cop? What about him? He was a cop. A good citizen. But this cop had an itching finger and an eager ear for a word that rhymed with 'trigger,' and when Clifton fell he had found it. The Police Special spoke its lines and the rhyme was completed.Just look around you. Look at what he made, look inside you and feel his awful power. It was perfectly natural. The blood ran like blood in a comic-book killing, on a comic-book street in a comic-book town on a comic-book day in a comic-book world.

"Tod Clifton's one with the ages. But what's that to do with you in this heat under this veiled sun? Now he's part of history, and he has received his true freedom. Didn't they scribble his name on a standardized pad?His Race: colored! Religion: unknown, probably born Baptist. Place of birth: U.S.Some southern town. Next of kin: unknown. Address: unknown. Occupation: unemployed.Cause of death (be specific): resisting reality in the form of a .38 caliber revolver in the hands of the arresting officer, on Forty-second between the library and the subway in the heat of the afternoon, of gunshot wounds received from three bullets, fired at three paces, one bullet entering the right ventricle of the heart, and lodging there, the other severing the spinal ganglia traveling downward to lodge in the pelvis,the other breaking through the back and traveling God knows where.

"Such was the short bitter life of Brother Tod Clifton.Now he's in this box with the bolts tightened down. He's in the box and we're in there with him, and when I've told you this you can go. It's dark in this box and it's crowded. It has a cracked ceiling and a clogged-up toilet in the hall. It has rats and roaches, and it's far, far too expensive a dwelling.The air is bad and it'll be cold this winter. Tod Clifton is crowded and he needs the room.

"So there you have it. In a few hours Tod Clifton will be cold bones in the ground. And don't be fooled, for these bones shall not rise again. You and I will still be in the box. I don't know if Tod Clifton had a soul. I only know the ache that I feel in my heart, my sense of loss. I don't know if you have a soul. I only know you are men of flesh and blood; and that blood will spill and flesh grow cold. I do not know if all cops are poets, but I know that all cops carry guns with triggers. And I know too how we are labeled. So in the name of Brother Clifton beware of the triggers;go home, keep cool, stay safe away from the sun. Forget him. When he was alive he was our hope, but why worry over a hope that's dead? So there's only one thing left to tell and I've already told it. His name was Tod Clifton, he believed in Brotherhood, he aroused our hopes and he died."

* Please also see my latest post on the subject, "A Southern White Boy Takes a Look at Ferguson – Again."