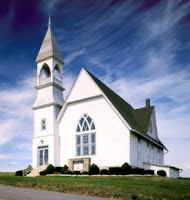 “Only take care lest this liberty of yours somehow become a stumbling block to the weak.”
~ I Corinthians 8:9 (RSV)

I like to consider myself a “progressive” Christian. (Actually, I’m one who still likes the word “liberal”, even though that wonderful word has become tainted and misconstrued by decades polarizing debate. Using the “L” word nowadays is like raising a battle flag, making thoughtful discourse all but impossible.) It was a heart-felt religion that launched my faith journey. Continuing along the path, with the help of many fine thinkers and writers, I came to understand the importance of intellectual honesty and social justice. Many a time during my student days I was frustrated by some of my more conservative friends and colleagues. These were people who could quickly get their panties in a wad over some theological issue. One of my good friends at the time, sensing my irritation, said to me, “You know, Charlie, in many ways our fundamentalist friends are like the weaker brethren that the Apostle Paul talked about.” He was right – it seemed that the faith of many of my fundamentalist friends was easily threatened.

Living in a Pluralistic Society

St. Paul begins that “weaker brethren” passage in I Corinthians 8 with an impressive argument for liberty in faith. He talks about the problem some people had in his day, living in a pluralistic Greco-Roman society, about eating meat from the marketplace that had been offered to idols. Paul essentially says that for thinking people of faith, this is not a problem. If idols have no basis in reality, eating meat that was offered up in religious ceremonies is not going to have any negative effect on the Christian consumer. Sounds like a good way to get along in a pluralistic Greco-Roman society. Then the apostle frames the whole situation in a way that creates a problem for me. He says that even though he has no problem with eating meat from the Pagan Meat Packing and Processing Company, he will refrain from the practice if it causes someone who is weaker in the faith to stumble.

Here is my difficulty: if my fundamentalist friends are the weaker brethren, why should I have to refrain from offending them? How long should I be expected to coddle these spiritual babes instead of challenging them to a more authentic faith? Then I ask of St. Paul, was he being pastoral in the nurturing of souls, or was this just some sort of early Christian cop-out, saying, “I really know better than this, I am a sophisticated thinker. However, for the sake of the organization, I’m not going to rock the boat if people are going to get upset over the issue.” So am I to cave in to the loudest and weakest of my comrades, or am I to take a stand for a better way, a nobler path?

There is another problem I have. I tipped my hand earlier when I said I like the word “liberal.” When one admits to being a liberal, there is an element of having one’s mind made up. I need to realize that I can get my liberal panties in a wad just as quickly as my fundamentalist friends can get their conservative briefs askew. The term “progressive” is probably a better concept. “Progressive” implies a journey. It seems to say, “I haven’t arrived, but I’m moving forward.”

When it comes to dealing with the “weaker brethren,” I have to remind myself of the words of a wise old friend of mine. He pointed out that sometimes conservative ideas are in ascendancy while at other times more liberal views hold sway. “I have no control over the politics of the masses.” he told me, “but I do have some control over my response to things.” He said that he tries to observe without attachment, and then he tries to let compassion guide his response to things.

Be compassionate? That puts the onus back on me. It also gives me a new perspective. This is not an easy path, the one that St. Paul advocates and that my compassionate friend speaks of. On the other hand, I have to remember that I know people with much more rigid views than mine who will do whatever they can to help someone in need.

Putting people ahead of opinions is one way to stay grounded. Putting forth progressive viewpoints is one way to move ahead. Putting it all together requires some diligence, diplomacy and compassion. It calls for all of us to do a “gut check” before we meet on that potluck Sunday at the Weaker Brethren Community Church.