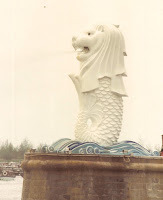 "Travel is fatal to prejudice, bigotry, and narrow-mindedness, and many of our people need it solely on these accounts. Broad, wholesome, charitable views of men and things cannot be acquired by vegetating in one little corner of the earth all one's lifetime."
~ Samuel Clemens

I grew up under an apartheid system in the Deep South and came of age in the wake of the civil rights movement. I was 15 years old when our schools finally integrated. It was also at that time when as an adolescent I made an adult commitment to the Christian faith that was nurtured in me as a child. I came to see that a tearing down of my own prejudices was a part of my spiritual growth. Such a tearing down required many outer conversations and much interior work – and it certainly did not occur overnight. To this day, I have to deal with an automatic inner prejudicial response that is not programmed in my own daughter’s psyche because she did not grow up under a system of widespread apartheid consciousness. All of this is to say that prejudice is not easily overcome and it is not a once-and-for-all occurrence.

Fast forward ten years or so: I was in my late twenties when I took a job teaching English at Hong Kong Baptist College as a Baptist missionary. I had just spent three years in California studying in seminary. The traveling from Alabama to California to live in a culture different from my own was perhaps more educational than my academic studies. Living in Hong Kong, I was in yet another cultural environment in the Far East. It was a culture that I could easily love, with its blend of Chinese culture, urban living, and remnants of British Empire. While I was in Hong Kong reflecting on my own inner prejudices and noting my changes in attitude, I became aware that I was carrying a deep-seated prejudice toward Arab people. I had never known anyone of Arab descent. I suppose the stories I had heard of the Muslim world (from people who had never been there) had fed my attitudes.

Because of my own history of dealing with ingrained prejudices against African Americans, I knew that the attitudes I carried toward the Arab world were another hurdle to overcome. During my first summer overseas, in between school terms, I decided to do more traveling. I flew to Bangkok, Thailand, did some sight-seeing and then took the train from Bangkok through Malaysia to Singapore. While in Kuala Lumpur, Maylasia, I heard my first call to prayer from the Islamic minarets in that city. I knew that when I arrived in Singapore, I would be able to see Arab culture first-hand.

Singapore is a remarkable island/city/state, clean and well-ordered, where a large population of Malay, Chinese, Hindus, and Arabs manage to dwell peaceably together. I had been living among Chinese people in Hong Kong, so I made it a point while in Singapore to visit the Hindu and Arab sections of the island. I wanted to witness each of those worlds while given the remarkable opportunity to go from one world to the other by taking a simple bus ride from one part of the city to the next. In each place, I was able to sit in the marketplace, eat their respective native cuisines, and visit both Hindu and Muslim houses of worship. I was able to experience some of what Mark Twain referred to when he said prejudice and bigotry cannot survive the effects of travel. In my own case, however, I think that inner preparation beforehand helped me to achieve a greater openness once I arrived.

That trip to Singapore was really my first step in actively seeking some understanding of Islamic culture. In my next post I will talk about my visit this week at a local mosque for a Ramadan iftar (breaking of the fast) and evening prayer.

[All photos for this post were taken by me during my trip to Singapore in 1982. Pictured here, clockwise from the left: a Hindu temple, a marketplace in downtown Singapore, a mosque in the Arab section, and a view of chinatown. Up at the top: the panoramic view is one that I shot while hanging over a balcony and living to tell about it; the other shot is the famous Singapore merlion.]